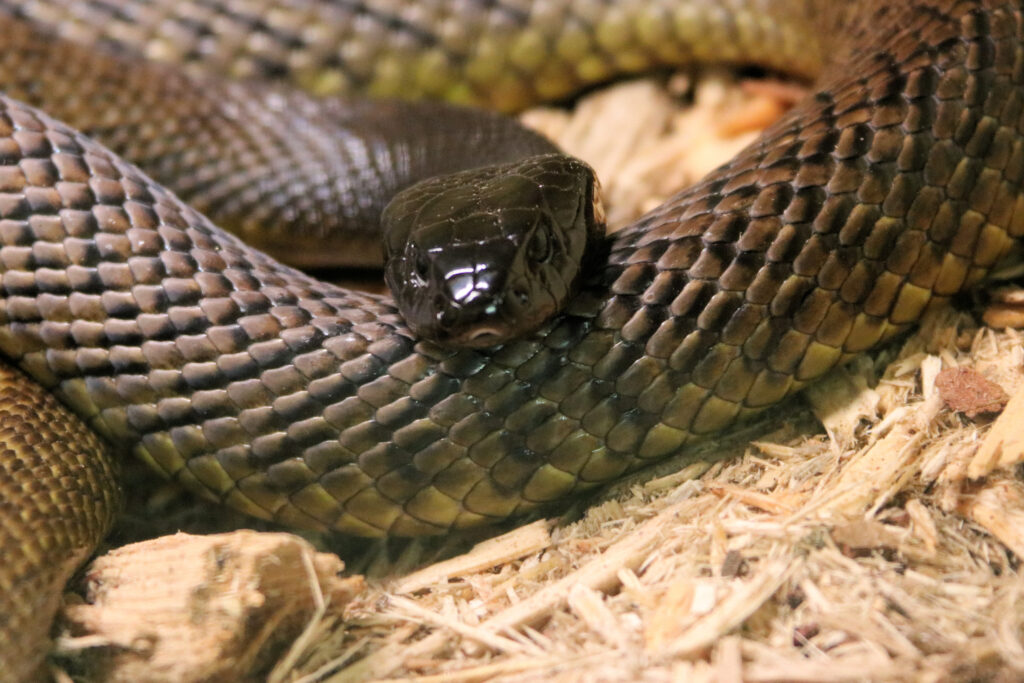 Texas has the highest snake population in the entire country, with an impressive tally of roughly 115 known species and subspecies. Even though many of these snakes are nonvenomous and don’t pose immediate threats to humans, four of them are types of Texas venomous snakes that all Texans should learn about whenever the opportunity arises. In order to equip you with ample knowledge of venomous snake species from all over the world, in the rare chance you come across one, here is a comprehensive list of the Zoo’s 10 most venomous snake species from all over the world.

Reserve your tickets now to experience the abundance of snake-centric activities Animal World and Snake Farm Zoo has to offer!

AWSFZ’s Most Venomous Snake Species: The Inland Taipan, The Russell’s Viper, And The Black Mamba 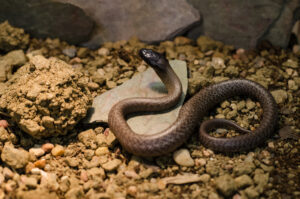 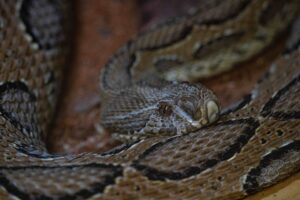 Last but certainly not least, Animal World and Snake Farm Zoo is also home to the highly venomous black mamba. The black mamba is widely recognized as one of the fastest and most aggressive snake species in the entire world. The black mamba is native to Africa and is primarily active at night. 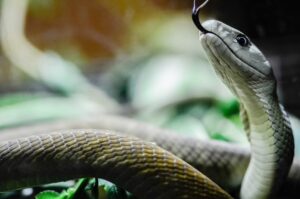 How To Tell If A Snake Is Venomous

If you have ever come across a snake, you know first-hand how daunting it can be to not know whether the snake you have encountered is venomous or not. In order to prevent this from happening, here are a few pointers on how to tell if a snake is venomous. Before going into specifics on the four types of venomous snakes that call Texas home, we wanted to crucially note that snakes aren’t inclined to chase people they come across; rather, if you leave a snake alone, it will leave you alone. With this being said, we will be focusing specifically on Texas venomous snake identification since many of our readers are based in Texas. For starters, it is important to know that there are only four types of Texas venomous snakes: rattlesnakes, copperheads, coral snakes, and cottonmouths. You can safely visit all four types of venomous snakes during your next trip to the Zoo!

While it would be immensely helpful if there was a surefire way to tell venomous snakes from nonvenomous snakes, this is often complicated by many factors. One of these factors is nonvenomous snake species’ ability to mimic venomous snakes to appear more dangerous to potential predators. Another factor are the harmful misconceptions around “easy” ways to identify venomous snakes. Rather than relying on sweeping generalizations like the coral snake rhyme (“Red touches yellow will kill a fellow, red touches black is a friend of Jack”), it is best to learn about the venomous snakes in your area and branch out from there. Who knows, you may just save a snake’s life!

As mentioned earlier, Animal World and Snake Farm Zoo is home to the inland taipan, the most venomous land snake in the entire world. In fact, our zoo became the first zoo in the state of Texas to successfully breed the inland taipan in July 2017. Due to how venomous the snake species is, as well as the high cost of antivenom, it is rarely kept in captivity. Because of this, we feel incredibly lucky to not only have inland taipans on display but to have the resources to encourage our guests to learn more about the extremely dangerous yet interesting snake species.

Commonly referred to as the fierce snake, the inland taipan is native to arid regions of central Australia. Although venomous snakes are generally considerably smaller than some of the world’s nonvenomous constrictors, inland taipans generally grow up to 6.5 feet. Some inland taipan individuals have been reported to grow up to 8.8 feet! One interesting fact that makes many of our guests both fear and respect this formidable snake species is that they are so fast and agile that they are known to strike several times over short durations when defending themselves.

The Most Common Nonvenomous Snake Species Scattered Across Texas

While the four Texas venomous snake types can be quite daunting to think about, Texans should also make sure to appreciate the state’s most common nonvenomous snake species. Such snakes include— but are by no means limited to— the coachwhip, the rat snake, the hog-nosed snake, the diamondback water snake, and the speckled king snake. While there are many aspects that make these snakes different from venomous snake species, a notable one is their differing diets. While the inland taipan diet generally consists of rodents and other mammals, these nonvenomous snakes often feast upon smaller rodents, reptiles, and amphibians. For instance, the diet of a hog-nosed snake mainly consists of small reptiles and amphibians like toads and salamanders while the diamondback watersnake’s diet consists of aquatic wildlife like fish and frogs.

Now that we have covered some basic facts about the most common nonvenomous snake species across the great state of Texas, let’s turn to a query that many of our guests ask about during their visits: how to tell if a snake is venomous. As mentioned earlier, there is no surefire method that works across snake species. Because of this, the best way to tell if a snake is venomous is to acquaint yourself with local venomous snake species and go from there. Regardless, our snake experts highly recommend leaving any snake you come across alone if it does not pose an immediate threat. This being said, it can be difficult to find accurate resources on this matter since many harmful snake identification myths continue to be perpetuated by snake novices and experts alike. As a means of arming yourself against this harmful misinformation, come by our daily Myths & Misconceptions show! At this show, you will learn all about the countless snake identification myths out there while getting up close and personal with some of our friendliest snake residents.

Another common query we get at the Zoo regards how to tell if a snake is poisonous. Many people don’t realize that there is a difference between venomous and poisonous snakes, but this differentiation is incredibly important. While many people use the two terms interchangeably, it is important to note that very few snakes can truly be considered poisonous. Generally speaking, a snake can only be deemed poisonous if it unloads toxins when you eat or touch them. However, this rarely applies to snakes since they most commonly transfer toxins through snake bites. An easy way to remember this crucial difference is that poisons are ingested while venoms are injected.

Venomous vs. Poisonous: Is There A Difference?

Now that you are familiar with three of the most venomous snake species that call the Zoo home, we wanted to leave you with more information on differentiating venomous vs. poisonous snakes. As mentioned previously, it is important to remember that the two terms are not interchangeable and that only a few snake species can truly be considered poisonous.

To learn more about the various venomous and nonvenomous snakes that call Texas home, make sure to visit our Snakes of Texas wall during your next visit to the Zoo. You can also stop by our fun and educational Cold-Blooded Creatures and Myths & Misconceptions shows! During these shows, you will learn all kinds of fun and helpful facts about our wide array of snakes. Make sure to visit our 10 most venomous snakes during your next visit to the Zoo to learn even more about them! 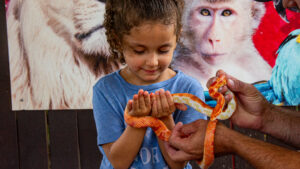 Follow us on Facebook to stay posted on all the fun-filled events the Zoo has to offer!