Top 3 Biggest Snakes in the World! 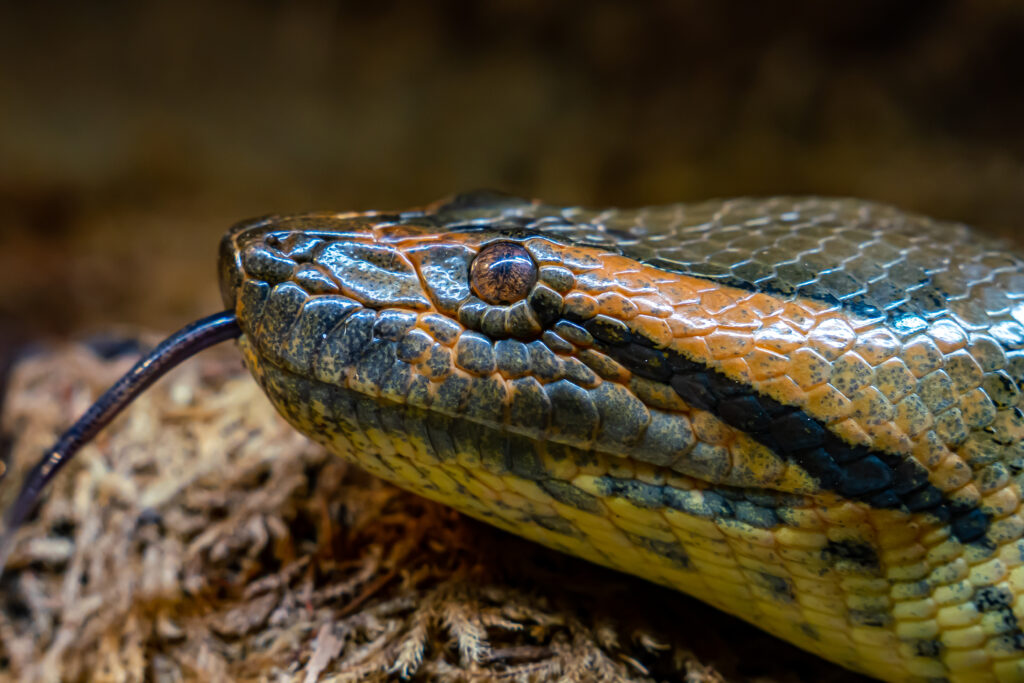 Do you love lizards, snakes, and other scaly creatures? If you do, Animal World and Snake Farm Zoo is the place for you! Today we are going to go on a deep dive into the top 3 biggest snakes in the world as well as some other unique snakes found in our collection!

Reserve your tickets at this link to meet all of our slithering friends in this article!

The Largest Snakes in the World

Reticulated pythons are considered to be the longest snake. The world record for the length of a reticulated python is a whopping 32 ft and 9 ½ inches! Like the green anaconda, they are also excellent swimmers. Scientists have even found these incredible animals out at sea. Reticulated pythons are ambush predators and use their keen sense of smell and infrared pit organs to find their next meal. These are very versatile snakes. Not much can get in their way between their huge size and unique skills!

Weighing up to 550 pounds, the green anaconda holds the record for the heaviest snake in the world! They can reach over 20 feet in length and can be as thick as a foot in girth. The enormous size of these snakes is no joke! Green anacondas like to be near water. Even with their enormous weight and size, they are excellent swimmers. They have been caught eating fish, caiman, and even Jaguars. You know it is a big snake if it can take down one of the big cat species!

Burmese pythons are incredibly large snakes. They can reach up to 23 feet in length and weigh up to 200 pounds! They are constrictors and use their large, and powerful, size to squeeze their prey before eating it. The largest Burmese python ever recorded was 27 feet long and 403 pounds! That is pretty crazy, right? Have you ever seen a snake that big? Learn more facts about Burmese pythons, one of the biggest snakes in the world, on this animal fact page.

The Most Venomous Snakes in the World!

The Inland Taipan is considered to be the world’s most venomous land snake. They are found in Australia and parts of New Guinea. They strike fast and sometimes up to eight times in a row! Their extremely toxic venom has made them notorious in these areas of the world. This has also piqued the interest of snake enthusiasts and scientists alike!

The black mamba is the last of our most venomous snakes we will touch on. The black mamba is found in Africa and is considered to be the fastest land snake. Unlike their name suggests, black mambas are actually a brownish color with olive or gray undertones. Their name comes from the coloration of the inside of their mouths, which is a deep, inky black.

Now that we have learned about these venomous snakes, let’s compare them to the snakes we listed as being the largest. Below we have laid out both the most venomous snakes and largest snakes at our zoo in lists. To go along with our two lists we have also included photos of these fabulous creatures! 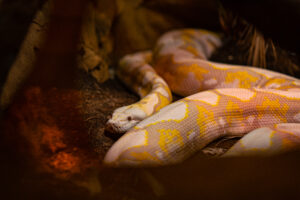 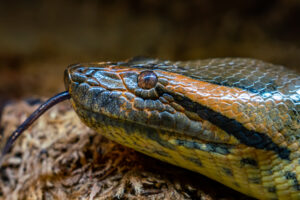 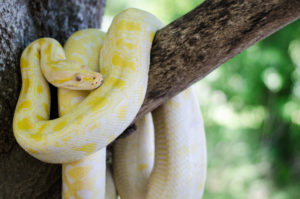 Check out our Instagram to see more photos of the largest snakes in the world!

Most Venomous Snakes at Our Zoo 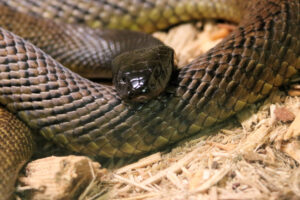 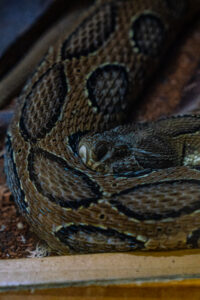 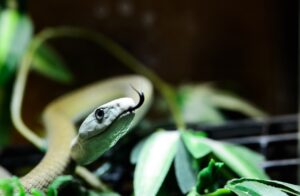 Photos of Our Colorful Snakes

As a special treat before we say goodbye for the day, let’s take a look at these lovely pictures of some of our most colorful snakes! Aren’t they beautiful? A red-spotted garter snake, Sunda island pit viper, and a green tree python are in our photo gallery today!

They may not be the biggest snakes in the world, or the most venomous snakes in the world, but they are truly very beautiful to look at! Come out to Animal World and Snake Farm Zoo to see these colorful snakes for yourself! They really make for some amazing photos, even if you just snap a few on your phone!

More than Just the Biggest Snakes in the World

As our post comes to a close, we always like to remind you that we have much more here at our zoo than just the biggest snakes in the world. We have a whole bunch of other reptiles, tons of unique mammals, and even some big cats! Some of our fan favorites include our jaguars, albino alligators, and our otters. There is something for everyone! Thank you for diving into this wild topic with us today. We hope to see you out here at Animal World and Snake Farm Zoo soon!

Come out and meet some of our education animals during your very own animal encounter!