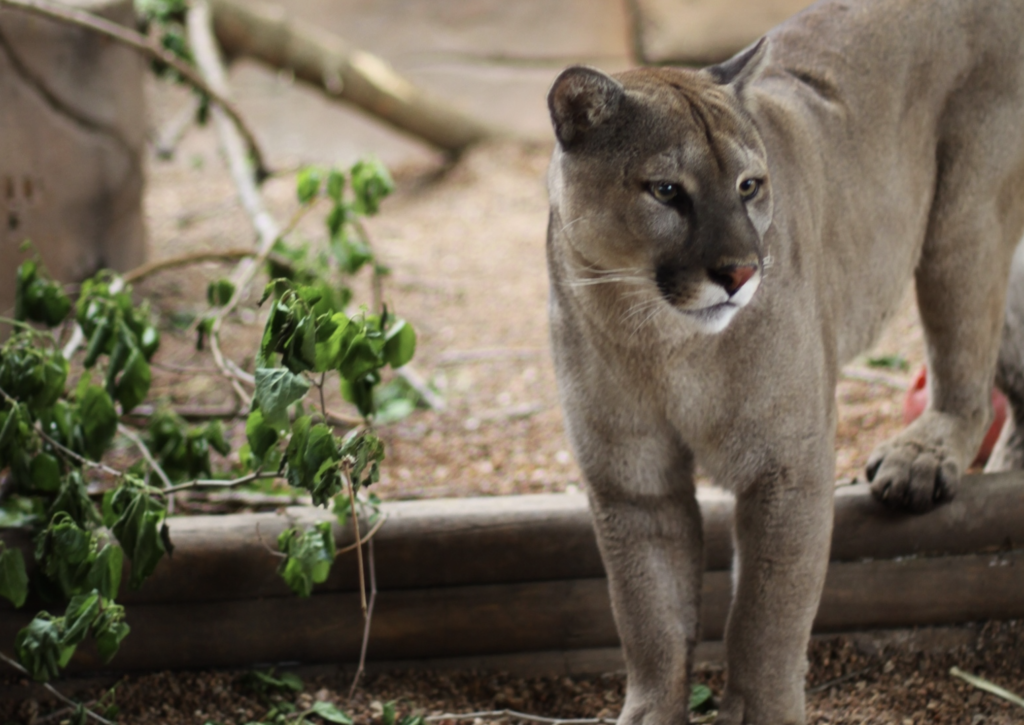 We are heartbroken to announce the passing of Edward the mountain lion this past week. Edward was nine years old and had lived at Animal World & Snake Farm Zoo nearly his entire life with his enclosure-mates, Sarah and Angel. Although his age had recently begun to catch up with him in the form of arthritis, Edward remained spunky and protective of his girls until the very end. 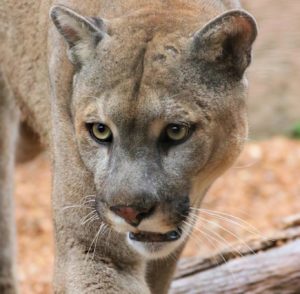 Edward, affectionately nicknamed “Eddie,” was perhaps our most striking mountain lion. His dark sleek coat gave him a villainous look, even though deep down Edward was a big softy. Edward would often try to act tough around new staff members, but our seasoned keepers have all caught him making “happy kitty noises” and even purring when he would let his guard down. 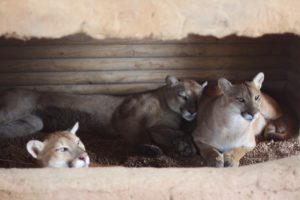 The Zoo’s Mammal Department Manager, Casey, recalls her favorite memories of Edward:
“My favorite thing about Edward was how much he loved Sarah and Angel. Edward had to be separated from them at night so that he could receive his arthritis medication. As soon as we would open the door to his bedroom in the morning, he would immediately run through the exhibit and make a b-line into Sarah and Angel’s bedroom where he would excitedly greet them and groom them.” 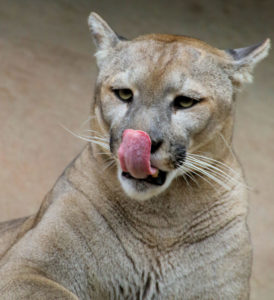 Edward was a crowd-favorite during our daily Carnivore Feeding Show. He was a true gentleman and always let Sarah and Angel be served their food first while he patiently waited his turn at his feeding station. Although he wasn’t nearly as food-motivated as his female companions, all that would change when his favorite treat of ground turkey was brought out. 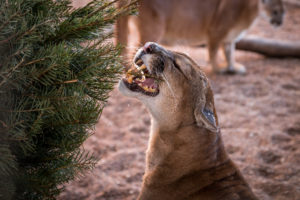 Edward was also a huge hit during our enrichment events. He was a sucker for Christmas trees, and would go crazy over their scratchy texture and pungent smell. We could always count on Edward to put on a good show during our Christmas Event. He loved chewing, rolling, and drooling on his Christmas trees. When the initial excitement of the Christmas tree wore off, Edward would add his own scent to the tree and excitedly pee all over it to let everyone know that this was HIS tree. 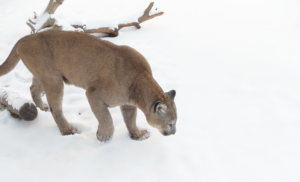 This past winter when the Zoo was hit with a record-breaking freeze, Edward had a blast playing in the snow. While the girls were snuggled up close in their warm, cozy den, Edward could not get enough of the cold white stuff that had magically appeared on the ground, and spent hours each day exploring and playing in it. 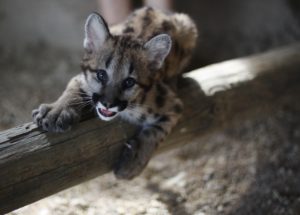 Edward’s legacy will live on through the multiple litters of cubs that he has sired. His genetic contribution has left a huge impact on the conservation status of captive mountain lion populations. His offspring can be found in respected zoos on both coasts of the United States, and many places in between. 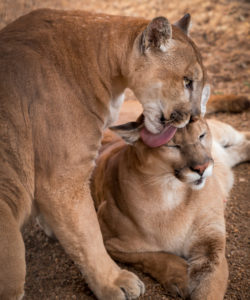 During this time of healing and adjustment, our staff will be providing extra attention to Angel and Sarah. 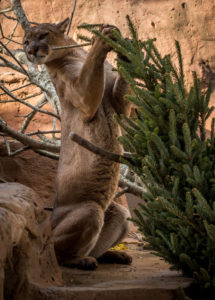 We will miss Edward immensely, but we are beyond grateful for the many memories he has given our staff and guests over the years. 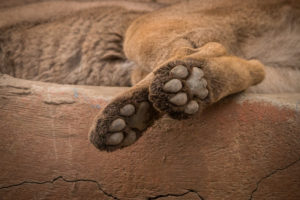