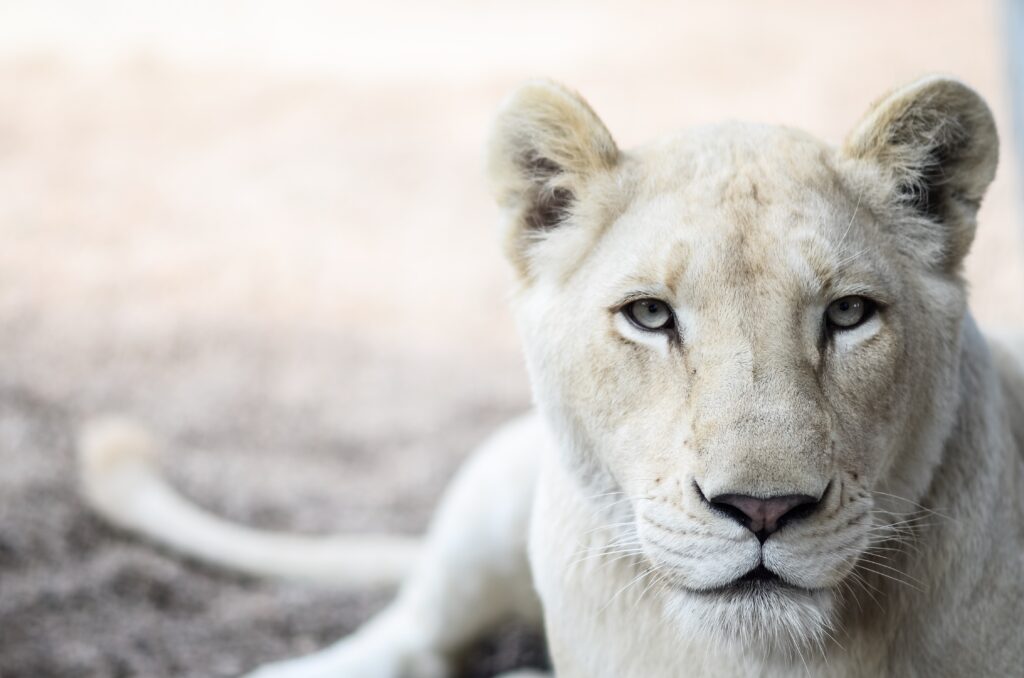 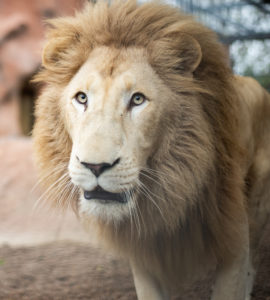 Join us as we explore the top three most popular white lion animal facts!

After you finish reading, make sure to book your visit with us to meet these guys in person!

As always, ladies first! Let’s dive into some white lion facts that are specifically female white lion facts! We can begin by talking about size! Regular colored lions and white lions weigh the same amount. Female lions usually range from 260 to 360 pounds, some are bigger! Most female lions are about 9 feet long. They are impressively large creatures!

Outside of how they look, female lions are also skilled mothers and hunters. Not only do lion moms take care of their own cubs, but they often take care of other females’ cubs as well. Often several lions will give birth at the same time, and the females will nurse each other’s cubs. This creates a great community of care! Females will take a break from babysitting to go on the hunt. In a small group, the lionesses will stalk their prey at night and bring home their kill to the rest of the pride. Check out our white lion animal video on our YouTube to see female lions in action!

Now that the ladies have had their turn, let’s check out some male white lion facts too! One of our favorite white lion animal facts happens to be about male lions! The beautiful mane that lions are so well known for is used to show a males dominance and strength. Kind of like the magnificent tail of a peacock!

Before we get too far ahead of ourselves, let’s also take a look at the size of a male lion. Male lions are usually about ten feet long and about 3 feet tall. They can get all the way up to 500 pounds in some cases. Now that’s a big cat! Another fun fact about these lions is that they can spend 16 to 20 hours a day resting and sometimes sleeping. We are definitely jealous of this schedule.

We have discussed a lot of facts that apply to both white and regular pigmented lions. While we are looking at the differences between male and female lions, let’s look at some differences between white and regular colored lions as well. First we’ll start with some numbers. The population of lions is currently estimated to be around 20,000 individuals out in the wild. It is estimated that only a handful of these count toward the white lion animal population. They are incredibly rare!

Learn more facts about our white male lion and our female white lion on the animal fact page on our website. You are sure to learn something we did not touch on. Make sure to check out some of our other animals listed there while you are on this animal fact hunt! Stick around through our next section to get a closer look at a male and female white lion photo!

Although it may not necessarily be a fact, the most common question regarding the white lions goes to people asking for white lion images. If you are anxiously awaiting our reveal of these photos, the time is now! Below you can see a picture of our male and female white lions to accompany all the white lion animal facts you have been learning. Nothing tops off an education session like some beautiful images! 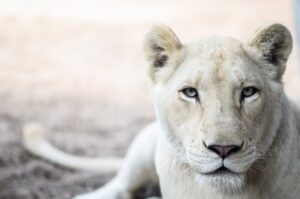 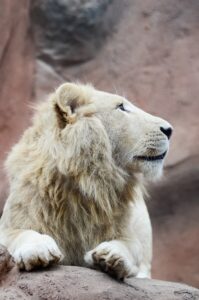 We hope you enjoyed both the photo of our male as well as our gorgeous female white lion photo. It is quite incredible to see pictures of these magnificent creatures, but it is even more impressive to see them in person! You can see our female white lioness and male white lion in action at our White Lion Safari Show! At this show you will be able to see just how massive these cats are. We prove that the male white lion weight we mentioned before is no joke here at Animal World and Snake Farm Zoo!

Just in case you feel like you did not get enough white lion facts today, here are some bonus white lion animal facts to hold you over until you can come out to see us! Let’s make this quick!

We may have said we only had bonus facts today, but let’s go ahead and look at some bonus white lion photos as well! You can find even more white lion images on our Instagram! 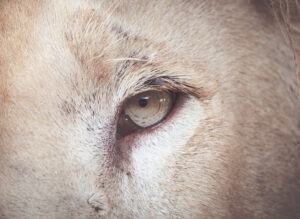 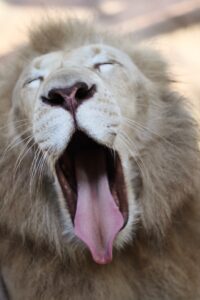 Now that you have thoroughly learned facts about our adult white lions, such as the male white lion weight range and the parental behavior of female lions, you are almost experts! There is one more thing to take a look at though… white lion babies! Let’s check out some more fun photos, this time a white lion images cub round! Now you can see just how small these guys are when they first come into this world. 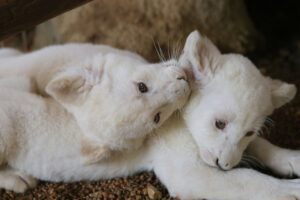 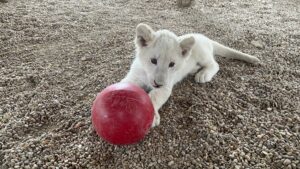 After reading this article, if you are feeling like a white lion animal pro come out to see us and test your knowledge! Make sure to stop by our White Lion Safari Show just in case there might be more for you to learn. Thank you for helping us celebrate these amazing animals. They will be our featured animal for the entire month of August, so stay on the lookout for more white lion animal content!