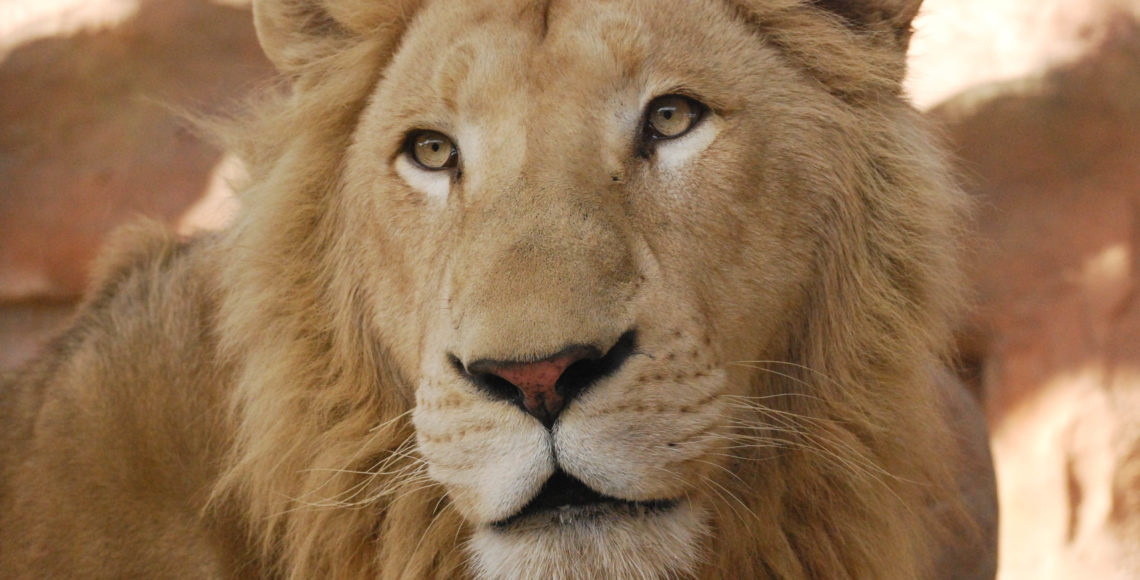 Lions are a Panthera species native to the African plains. Male cats weigh between 300 and 500 pounds when full grown, while females weigh between 250 and 300 pounds. African lions live in groups called “prides” which can consist of 3-30 individuals. The pride is made up of lionesses and their young and consists of very few males. The females work together to both hunt and raise their young.

Did You Know?
The lions we have at Animal World & Snake Farm Zoo are white lions. These unique lions are a rare color mutation of the African lion. They are not albino; they are leucistic, which means they lack dark pigmentation. This type of African lion naturally occurs in the Timbavati region of South Africa. Aside from their white fur, they also have blue or pale colored eyes. It is estimated that there are less than 10% of white lions in the wild though reintroduction programs have been developed. 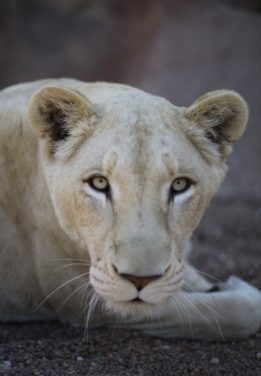 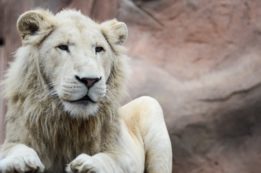 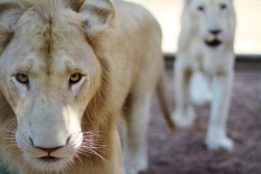 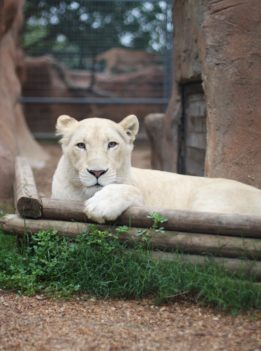 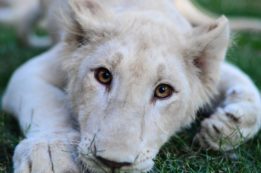 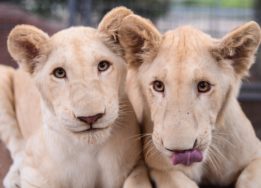