The Most Spooktacular Wolf, Lemur, and Binturong Animal Facts! 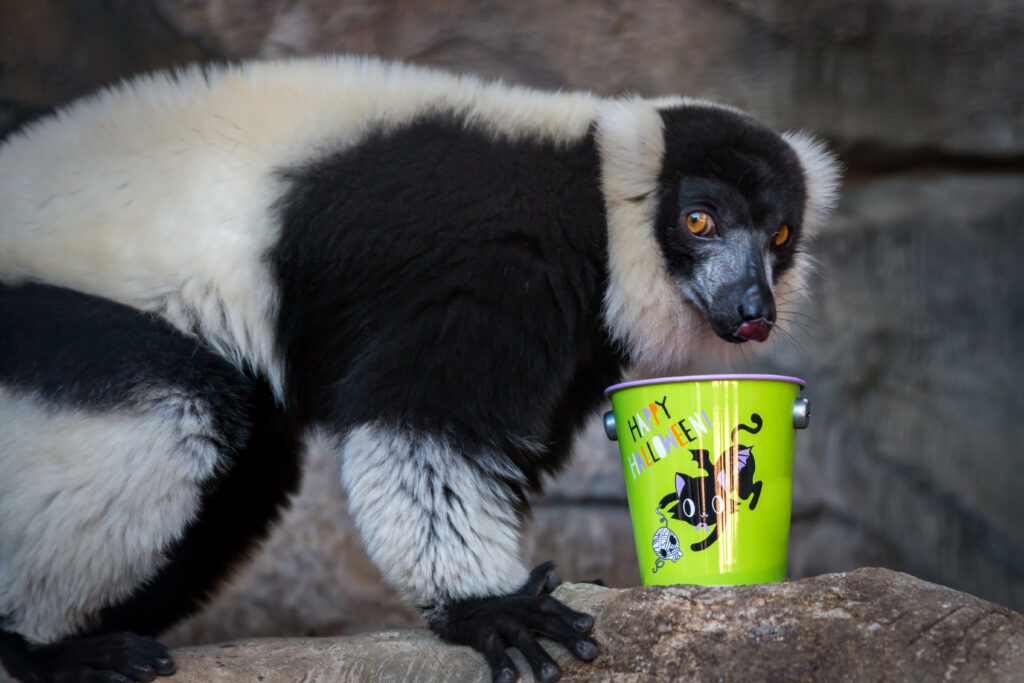 Since our Halloween event is right around the corner, what better way to prematurely celebrate than share some of the creepiest facts about our animal residents? While the Zoo is best known for its diverse collection of slithery and scaly snakes, many other charmingly creepy creatures call Animal World and Snake Farm Zoo home. Throughout this blog, we will be sharing some lesser known facts about these animals— from unknown binturong animal characteristics to debunking the popular myth that wolves howl at the moon.

During our Howl-O-Ween Extravaganza, children 12 and under who visit the Zoo in their Halloween costumes get in for FREE! Fill out this survey to get in on this amazing deal.

Do Wolves Really Howl at the Moon?

When people first think of wolves, the iconic image of these wild dogs howling at a full moon immediately comes to mind. However, wolves do not actually howl at the moon. While a wolf’s howl is often heard at night and has been associated with the moon because of this, the time of day really has nothing to do with when wolves howl. In reality, these outcries are often used as rallying calls by solitary wolves who have been isolated from their packs. This is often referred to as a “lonesome howl” and allows individuals to inform the pack of their location and easily be reunited with them. Wolves also howl as an auditory way of marking their territory. This vocalization essentially communicates to other wolves that a certain area is currently being occupied and thereby “marked.” 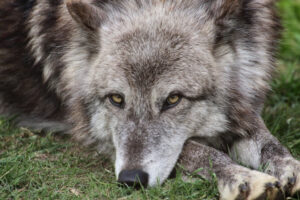 Another interesting omnivore, that is prone to being misunderstood as the unique creature it is, is the binturong. Binturongs are also known as the bearcat. Much of the confusion regarding binturongs is centered around how they aren’t related to bears or cats despite being called bearcats. However, the confusion doesn’t stop here. While many animal names are derived from Latin or Greek and can be easily translated, the meaning of the word “binturong” is completely unknown since it was derived from an ancient language that is now extinct. Another binturong animal fact that makes them quite compelling creatures is how they smell like buttered popcorn! We know this may be hard to believe, so come appreciate (and smell!) our binturong when you come out to visit us for Halloween. 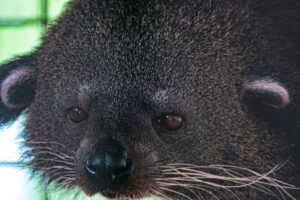 To wrap up the spooky part of this blog, we would like to highlight the stars of our Halloween-themed Rocky Horror Lemur Show! Our lemur flying show focuses on these little guys’ quirky leaping and jumping movements, but here is a fun, spooky fact that you may not know about these amazing creatures. While the translated meanings of many animal names reflect a prominent feature of the species, the word “lemur” is derived from the Latin phrase “lemures,” which means “spirits of the night” or “ghost.” It is believed that the spunky animal species was named “lemur” because of their spectral, wide-eyed stare and nocturnal activity. Stop by our Rocky Horror Lemur Show to see these little guys in action! 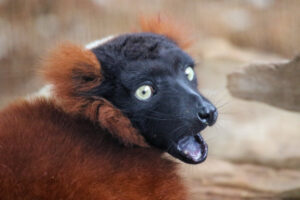 If you can’t wait until your next visit to learn more about our binturongs and grey wolves, rest assured! Now, we will be diving into some less spooky, more fun facts about these spectacular creatures. For starters, one of our favorite binturong animal facts is that they live high up in the forest canopy and rarely touch the ground. This arboreal tendency even extends to eating and sleeping! Another fun fact about the bearcat regards how its scientific name, Arctictis binturong, is pronounced. While this binturong animal pronunciation appears to be quite straightforward, it is more of a mouthful than it initially seems! Since it can be tempting to emphasize the second syllable of binturong, here is a phonetic spelling of the species’ scientific name: “ar-tick-tis bin-tr-ong.”

Now that we have learned plenty of information about binturongs, let’s discuss how wolves are much more complex than the howl at the moon myth makes them out to be! For instance, grey wolves can be found across Eurasia and North America. Because of this, they can adapt to a wide array of natural environments— from the Alaskan tundra, to forests, and even rocky mountain peaks. Another interesting fact about these canids is that they range in color despite being called grey wolves. The wolf species ranges from solid white to solid black to a mix of white, gray, and brown. The next time someone asks you about wolves, now you can tell them that they don’t howl at the moon and are more interesting than they are often given credit for.

We have covered plenty of spooktacular topics, from creepy binturong animal facts to debunking the wolves howl at the moon myth. To end this blog on a light-hearted note, we wanted to leave you with some of the cutest animal facts about the critters that call Animal World and Snake Farm Zoo home. Since we just shared some pretty spooky facts about the stars of our lemur flying show, here are some cute lemur facts that will make you love these little guys even more!

For starters, did you know that lemurs live in female-dominated, matriarchal clusters? While male animal species most commonly assert dominance, this isn’t the case for lemur species! A cute fact that you may not know about lemurs is that, once a male and female lemur have bonded, they constantly huddle together with their tails wrapped around their partner’s body. Talk about adorable! A similarly cute, romantic quality applies to river otters. These critters’ adorable appearance and cute little faces make them a fan favorite at the Zoo. However, the species becomes even more adorable after learning that they mate for life and are often seen holding hands with their life partners as they float lazily in the water. Couple goals, am I right? 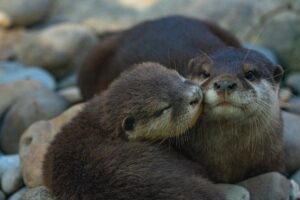 Ready to Learn Even More Spooky and Cute Animal Facts?

If you want to hear about even more animal facts, there are plenty more where that came from! Since our 7th annual Howl-O-Ween Extravaganza is quickly approaching, we will be sharing all the spooky and cute animal facts you could ever ask for at our exclusive Halloween-themed animal shows. Whether you meet our 10-foot Burmese python at the Medusa’s Minion Show or take a break from these spooky shows by visiting the Zoo’s younger animal residents during our Oogie Boogie’s Babies Show, there is sure to be something for everyone. We look forward to celebrating this spooky season with you during your next visit to the Zoo!

Secure your tickets before they sell out here to make sure you ring in this spooky season with us at Animal World and Snake Farm Zoo!