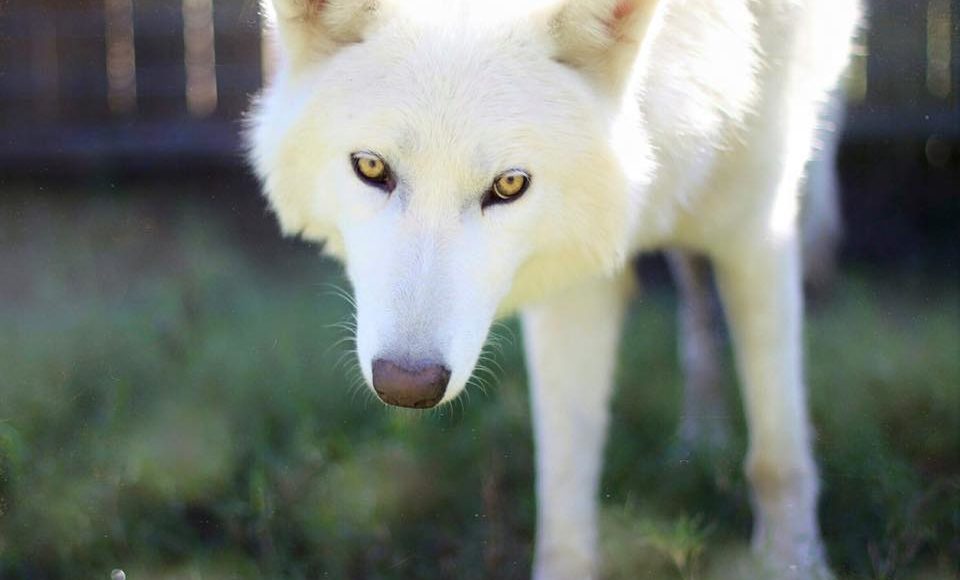 Although they are referred to as “grey” wolves, these canids actually range in color, from solid white and solid black to a mix of white, grey and brown. Grey wolves once roamed most of Europe, Asia and North America (even Texas!), though today they have populations in Alaska, northern Michigan, northern Wisconsin, western Montana, northern Idaho, northeast Oregon and the Yellowstone area of Wyoming. Mexican wolves, a subspecies of the grey wolf, were reintroduced to protected parkland in eastern Arizona and southwest New Mexico. Not so long ago, though, this wolf species was near extinction due to hunting and habitat loss. Now, populations are closely monitored and many wolf packs have been reintroduced to their natural habitats.

Wolves live in packs with about 5-9 members, led by the alpha male. They often hunt small prey alone while larger prey is hunted by the entire pack. Pups are born both blind and deaf— mama wolf doesn’t leave her litter until about 3 weeks after birth. It is not uncommon for an entire pack to help take care of one wolf’s babies.

Did You Know?
Wolves love to play! They start with a “play bow” and have been seen tossing “toys” like bones, branches, or animal skins to each other. 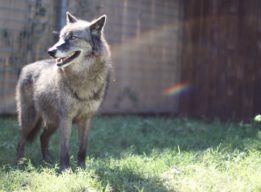 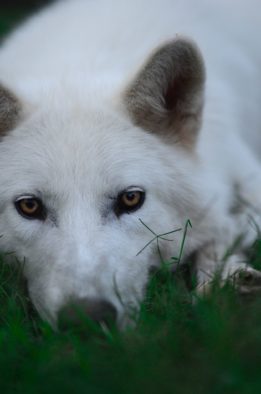 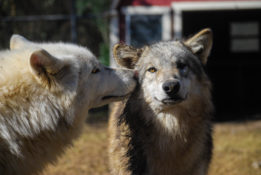 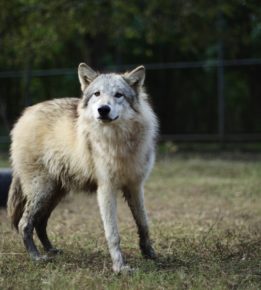 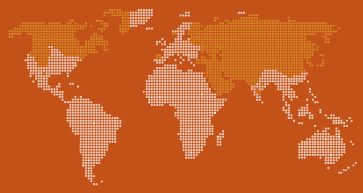 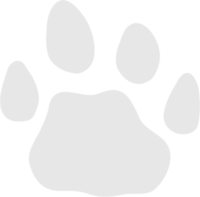