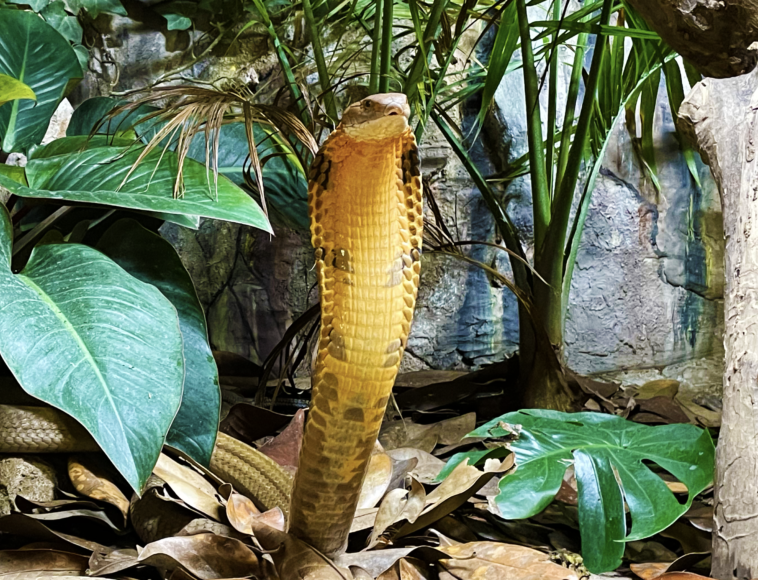 Animal World & Snake Farm Zoo’s featured animal for November is the King Cobra!
We sat down with Collections Manager, Clinton, to talk about these incredible snakes, and answer some of the questions submitted by our Facebook and Instagram followers.

Before we get started talking about King Cobras,
can you tell our readers a little about you?

My name is Clinton Szymanski and I am the Collections Manager here at the Zoo. I’ve worked with a variety of animals in my zoological career, but have a special passion for reptiles. I love that I get to work with such a diverse collection of them here! 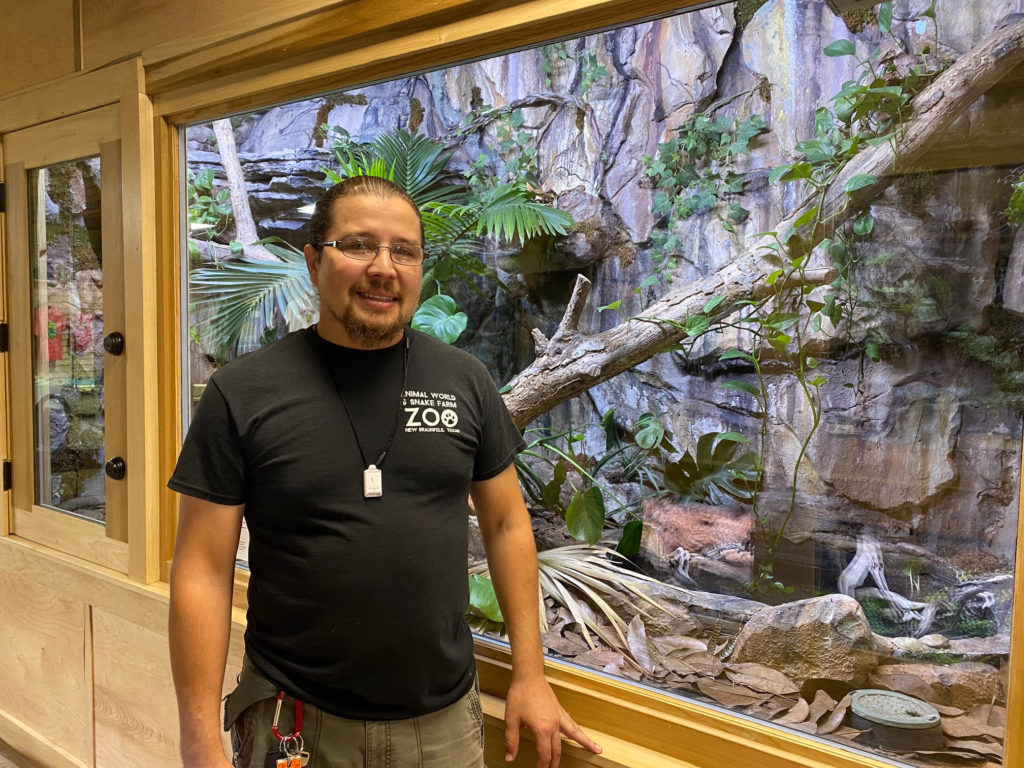 Tell us about the King Cobra at the AWSFZ.

Our King Cobra’s name is Hera. She’s about 9 feet long and is a little over 10 years old! She was born and raised in captivity and has been at the zoo since 2011.

Daily care consists of cleaning any shed skin and excrement from her enclosure, making sure she has clean water, and making sure that her enclosure is at the appropriate temperature and humidity levels. Since she is venomous, all of that is done with long tools and done very carefully. Her exhibit is bioactive and heavily planted; so also make sure the plants are watered and cared for as well.

In the wild a King Cobra’s diet consists almost entirely of other snakes sometimes even including other King Cobras. That is where the “king” part of their name comes from. They have also been known to eat lizards, birds, and small mammals on occasion too! Here at the zoo, she eats a small frozen thawed rat once a week.

How many different types of Cobras are there? Which one is your favorite and why? 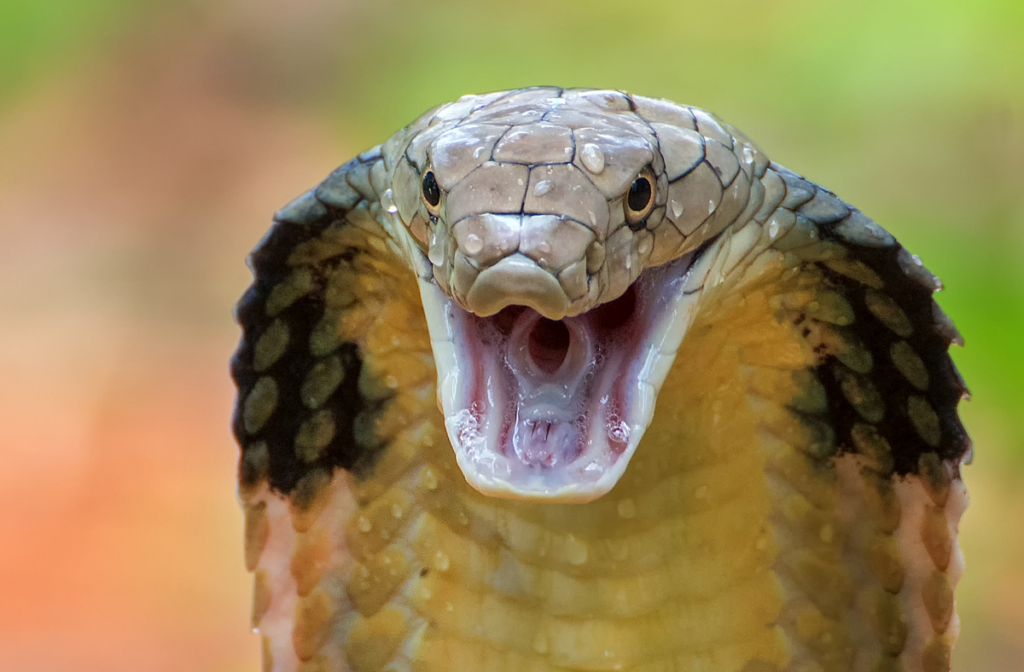 What is your favorite thing about the King Cobra?

One of my favorite things about the King Cobras is their nesting behavior. They are the only species of snake known to make a nest which the female guards until shortly before her eggs start hatching. As far as snakes go, that makes them pretty great parents! They are also very intelligent and inquisitive. They can recognize individual keepers and will sometimes watch what’s going on around their enclosure.

Wow, who knew King Cobras were so cool! Be sure to come by Animal World and Snake Farm Zoo and get a glimpse of Hera!