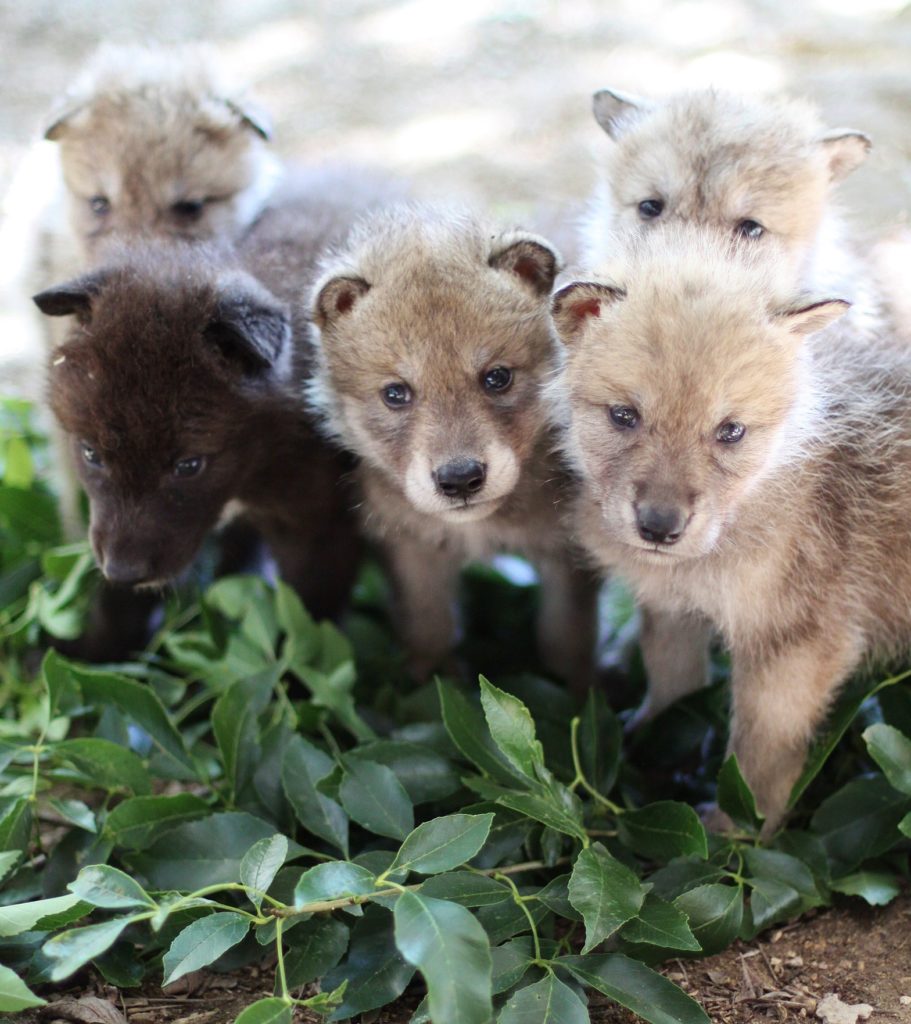 Animal care staff has named the wolves after traditional Native American names, as wolves are such a prominent aspect of religion and mythology in Native American culture. The two male pups have been named Koda (a Dakota-Sioux word for “friend”) and Nanook (an Inuktitut word meaning “little white bear”). The three sisters have been named Winona (a Dakota descriptive term meaning”firstborn daughter”), Tonka (an feminine Sioux term for “great and big”) and Shasta (a generic Sanskrit term meaning “teacher”).

The wolf puppies can be seen in the nursery exhibit during regular business hours as well as during our 12:30pm and 5:30pm Little Safari show.