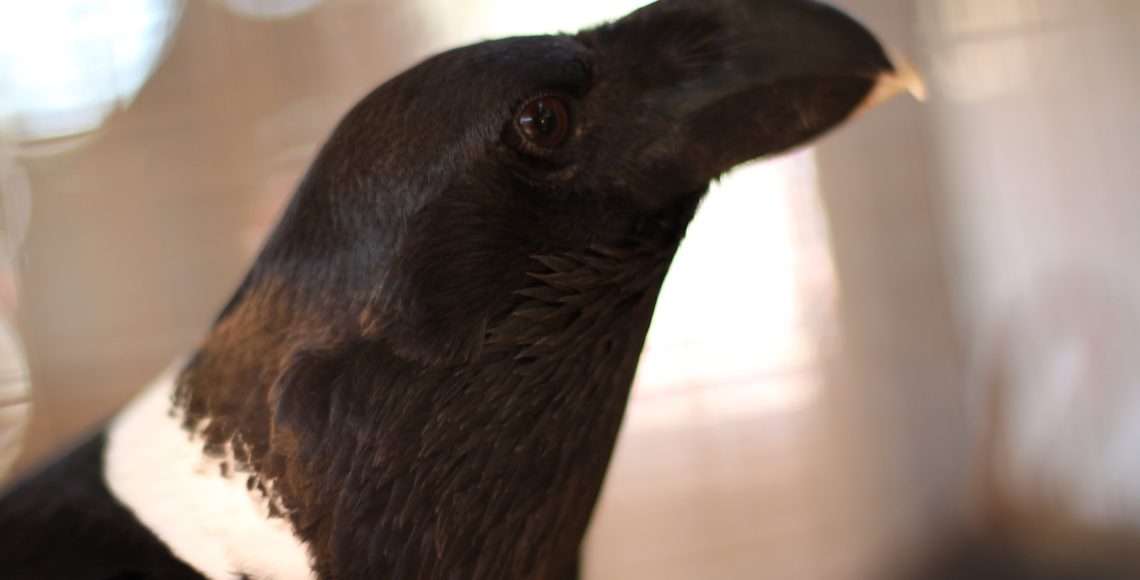 Ravens are the largest passerine— or  perching— birds in North America. They can live in a variety of habitats, from snow to desert to mountains to forests. Because they are so adaptable, they are able to live throughout the Northern Hemisphere, from the icy Arctic to the Mediterranean, and are also found in urban areas. This sleek, black birds are great scavengers and often prey on eggs and nestlings of other birds. As omnivores, they also also eat rodents, grains, worms and insects.

Ravens are one of the most intelligent animal species, and have intelligence levels comparable to chimps and dolphins! They are known to imitate human speech and can mimic other noises, like car engines, toilets flushing, and other animal and birdcalls. This bird is also extremely mischievous and playful— they have been observed in Alaska and Canada using snow-covered roofs as slides and have been seen rolling down snowy hills. Ravens can also gesture to communicate— research shows that ravens make “very sophisticated nonvocal signals.”  Despite their mischievous nature, ravens are also capable of feeling empathy. Studies show that when a raven’s friend loses in a fight, they will seem to console the losing bird. They also seem to remember other ravens and respond in a friendly manner.

Ravens have had cultural significance since the beginning of time. Cultures from Tibet to Greece have seen the raven as a messenger for the gods while the Chinese said ravens caused bad weather as a sign that the gods were passing by. In Native American culture, these birds were portrayed as sly pranksters and believed to be a deity in itself. 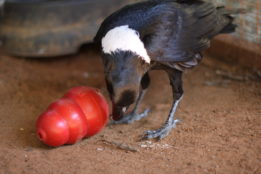 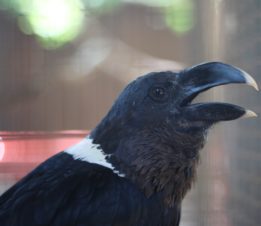 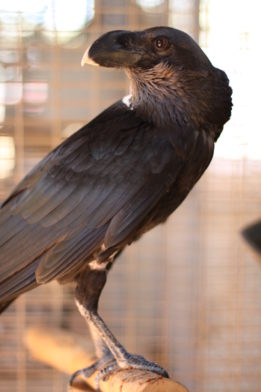 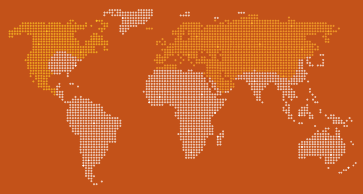