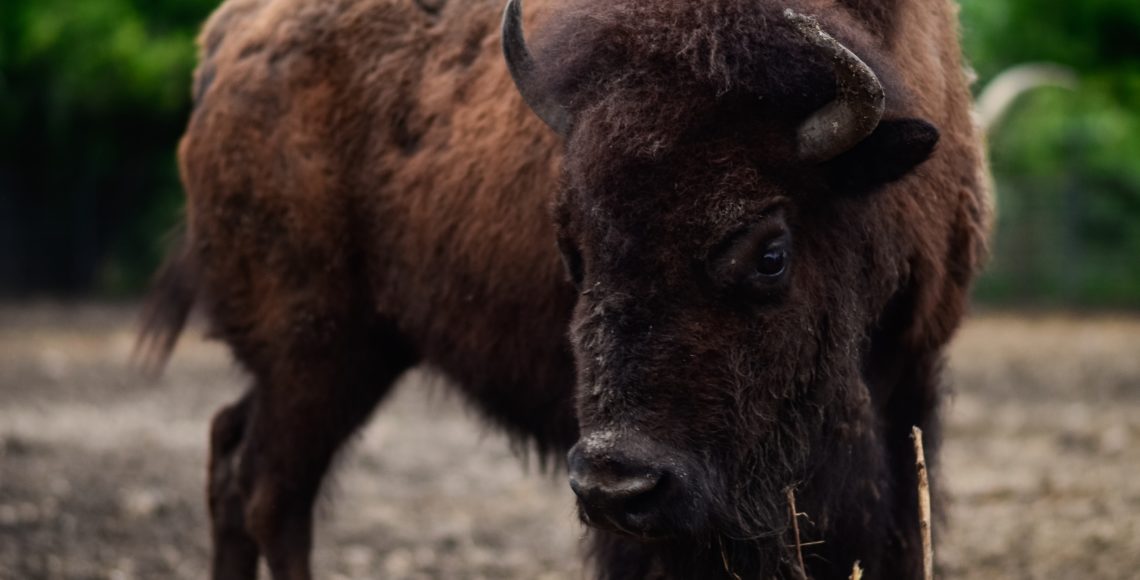 The North American bison is the largest land mammal on the continent. Before European settlement, they were also the most abundant animal in North America. This species had a huge effect on shaping the ecology of the Great Plains— by grazing on the native grasses and trampling on the soil with their hooves, the North American bison made it possible for many plant and animal species to flourish. Prairie dogs, for example, prefer areas where the grass has been grazed short so they are able to keep a lookout for predators.

Bison were hunted to near extinction in the 1800’s and before protective measures were put in place, the species dwindled to about 600 individuals. Due to conservation efforts, there are over 30,000 bison in conservation herds and even more on farms. The North American Bison is considered to be a major conservation success story.

Did You Know?
In May of 2016, President Obama signed the National Bison Legacy Act into law, making this beautiful creature our official national mammal.