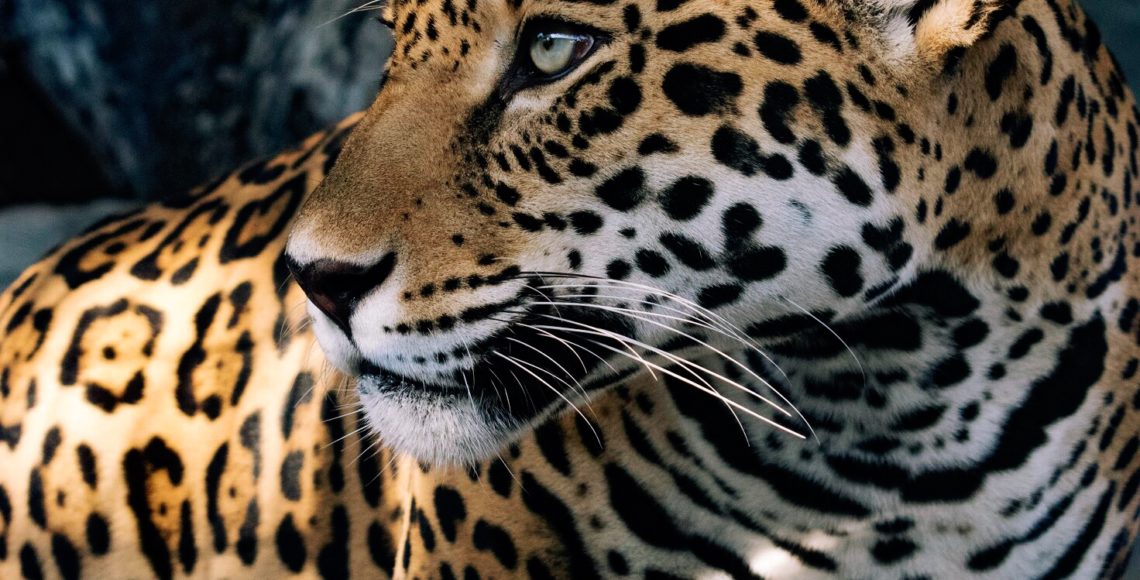 The jaguar is the largest of the New World cats— out of all big cats, only the lion and tiger are larger. They can reach up to six feet long and weight up to 249 pounds! Jaguars are known for their immense power and agility—  the word “jaguar” is said to come from the Native American word “yaguar” which means “he who kills with one leap.” Though they are commonly found from northern Mexico to Patagonia, there has been several confirmed sightings of jaguars in New Mexico and Arizona!

Most jaguars have tawny, yellow-orange colored fur with black rosettes, but some have black-on-black, or melanistic, coloration (and you can still see their spots!). Black jaguars are more often found in the most dense jungle regions because their dark color is adapted to living in darker areas of the forest.

Unfortunately, hunting and deforestation has reduced the jaguar population tremendously. Currently, there are less than 200 jaguars in zoos worldwide and a decreasing population in the wild.

Did You Know?
Similar to human fingerprints, each jaguar’s spot pattern is unique. 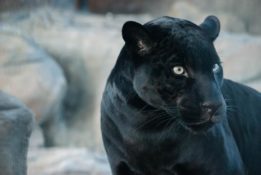 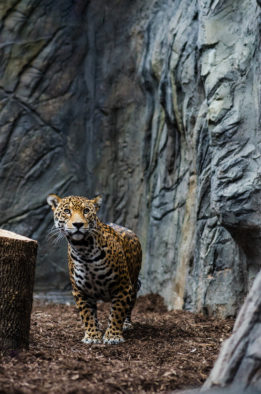 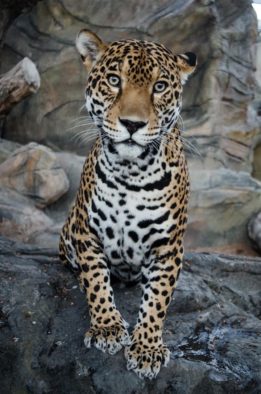 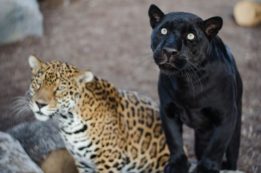 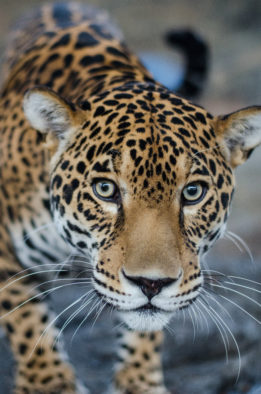 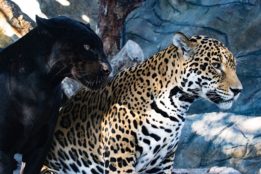 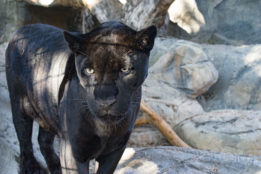 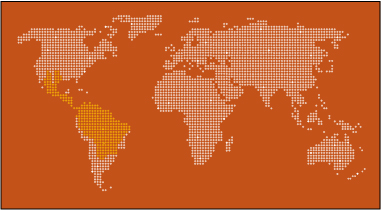