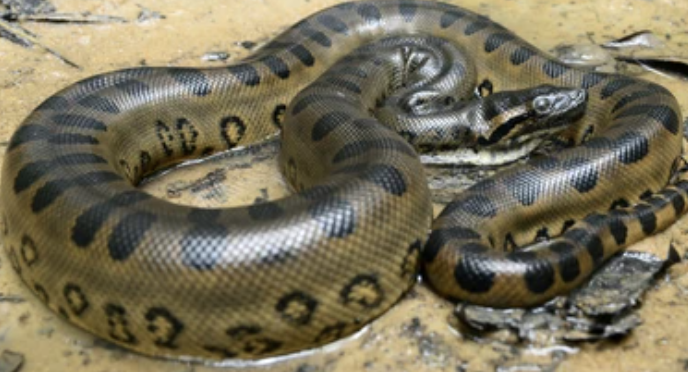 Weighing up to 550 pounds, the green anaconda holds the record for the heaviest snake in the world. They can reach over 20 feet in length and measure over a foot in girth! The green anaconda is native to South America, and typically make their homes in swamps, marshes, and near streams.

Green anacondas like to be in or near water, and are excellent swimmers. In fact, their scientific name means “good swimmer” in Latin. Their eyes and nostrils are on top of their heads so they can keep their large body hidden underwater as they wait for their unsuspecting prey.

Speaking of prey, green anacondas will often eat fish, caiman, capybara, and even jaguars! The green anaconda is a constrictor, meaning they don’t kill their prey with venom. Instead, they wrap their strong bodies around their prey and squeeze until it stops breathing

Did You Know?
Baby anacondas measure in at 2 feet long the moment they are born.