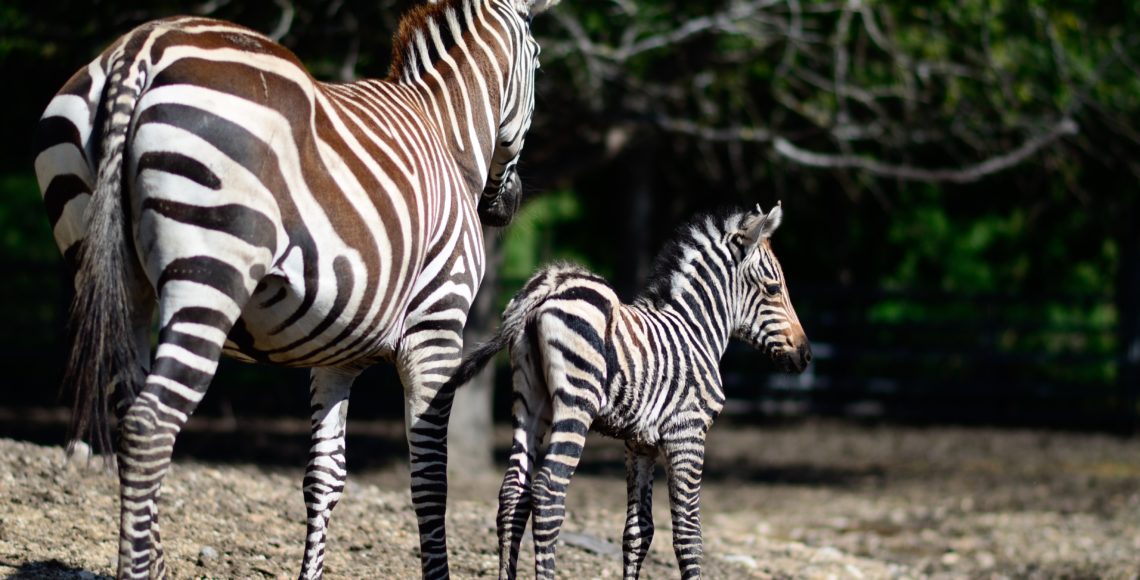 Found in the African savanna, the Grant’s zebra has vertical stripes in the front and horizontal strips in the back, creating a distinguishable “v” pattern. To keep from overheating, zebras have an extra layer of fat underneath the dark stripes. White-colored stripes can be 18 degrees cooler than dark-colored stripes. While it may seems like zebras stand out in their environment, they are nearly invisible in tall grasses. Because Grant’s zebras are a prey-item for many predators, they are cautious and take turns sleeping so other members of their herd can stand guard.

Grant’s zebra herds are very cooperative; a migrating group will adjust their speed to accommodate the slowest member of the herd. Within several minutes of its birth, a newborn zebra begins to walk, and within just a few hours is capable of running with the rest of the herd.

Did You Know?
Although zebras are hunted by a number of other animals, the lion is the most prevalent predator of the zebra. When a group is attacked, the individuals will gather close together and assist one another in defense. They attempt to fight off the predators by kicking and biting. A single, strong kick is oftentimes deadly to a predator. If a zebra is able to escape a predator in the first 100 yards of the attack, it is usually safe from harm. 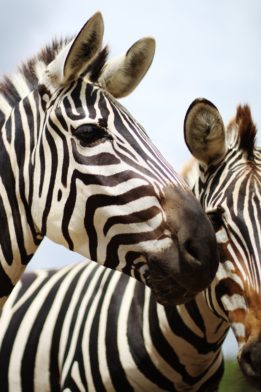 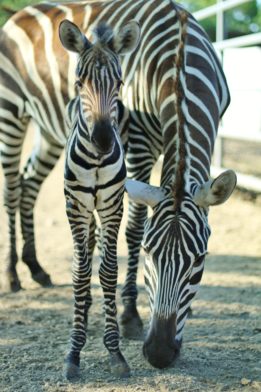 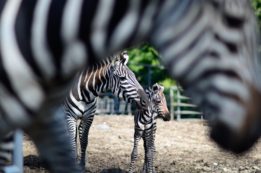 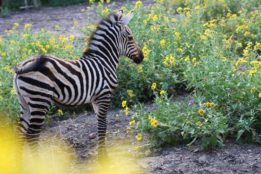 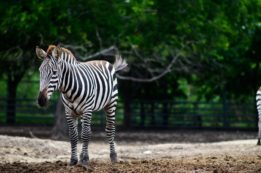 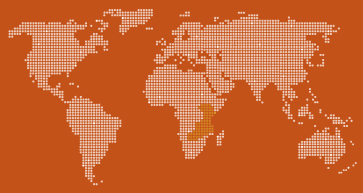