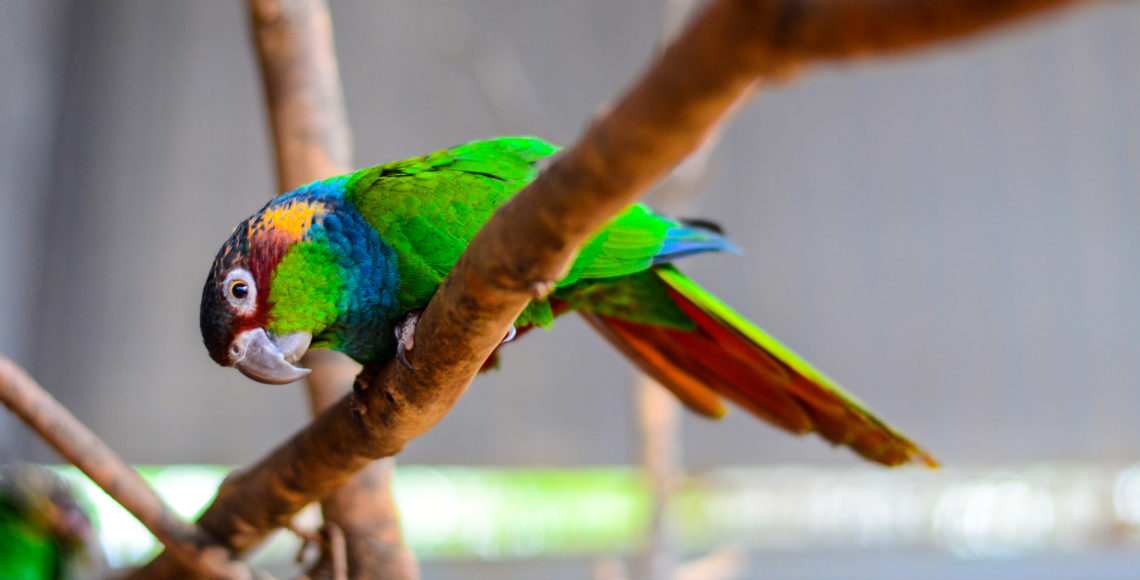 The Blue-throated conure is a medium-sized bird, with an approximate length of 11 to 12 inches from the top of the head to the tip of the tale. They weight about 3.2 oz. This green bird has a dark brown crown, red ear-coverts, green cheek and orange yellow on sides of neck. It has a blue upper chest, yellow green upper-tail, red underside tail feathers, grayish bill, blue outer wing feathers, and red shoulder and belly patch.

This conure originates from the Atlantic rainforest in eastern Brazil. Habitat destruction and fragmentation have resulted in a massive decline in their numbers, and they are now considered an endangered species. Small flocks can be found in isolated areas of remaining forests and the few areas set aside as reserves.